Call Your Daughter Home – A Novel 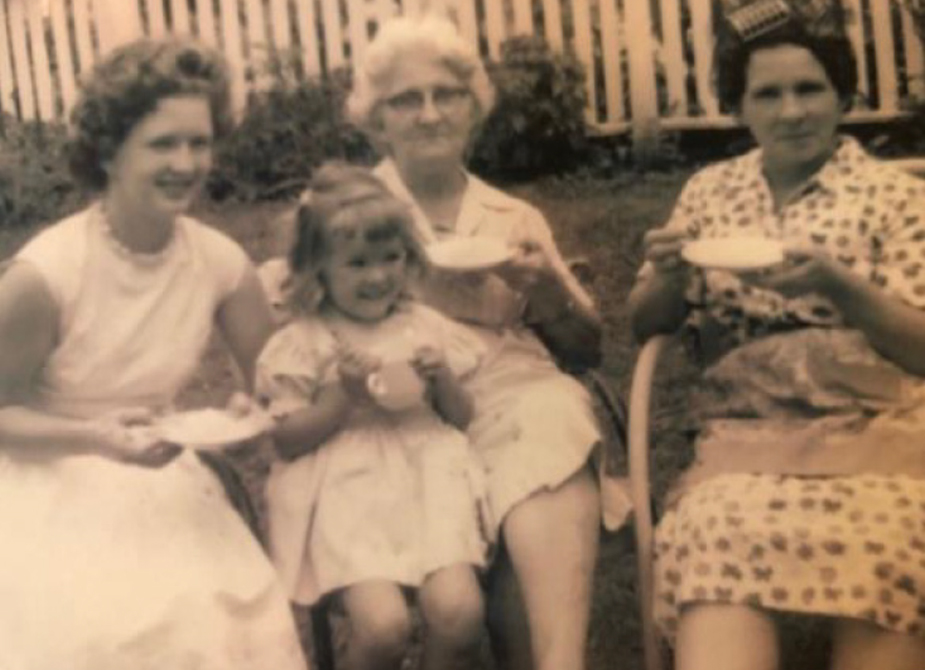 This is a photo of the four generations of Deb’s family. (from left to right) Deb’s mom, 3-year-old Deb on her great-grandmother’s lap, and Mamaw, to whom the book is dedicated.

This is the dedication inside the covers of Deb Spera’s recently-released novel Call Your Daughter Home, which brought the Louisville native back to her hometown, where she spent many years with her beloved grandmother, who passed away 24 years ago.

Owner of her own television company, One-Two Punch Productions, Deb is known for work on  Army Wives, Criminal Minds: Suspect Behavior, and Reaper. She also co-wrote a play, On the Road to Kitty Hawk, produced by Actors Theatre of Louisville.

In June, Deb returned to her hometown to promote her first novel, Call Your Daughter Home. Although completely fiction, the book resonates with the hardship and Southern roots from stories Deb’s grandmother, Edna Alma Erwin, used to tell her growing up. Deb says she knew she wanted to create a book for her, “a book that she could read in love and understand the voices and the rhythms of the deep South.”

Because Deb’s parents had her when they were 16 and 19, Deb’s grandmother took care of her for much of her childhood, giving her baths until she was almost 11 years old. “She would have a cigarette dangling out of her mouth, scrubbing me with nubby cotton washcloths. She used to just talk and tell me stories of her life. I loved listening to her,” Deb says.

The novel is set in a time period in which Deb did not grow up so she relied on her own research and notes to fill in the parts of history that best depict the time period. She even relied on a quote in  Stephen King’s book On Writing to keep her motivated when she was unsure where to go with the story.

Deb also had the memories with her grandmother for guidance. She says she used details from the stories, like the boll weevil infestation that decimated the cotton crops and the city where the book takes place.Her grandmother grew up in Branchville, South Carolina, and Deb knew the place well from her visits to her great-grandmother.

“I just followed my notes. I just loved learning. Things like how to get rid of worms. I found  these folklore recipes to help you with those kinds of things,” she says. “I even remember my grandmother using those old recipes for earaches, and wounds, and things like that.” 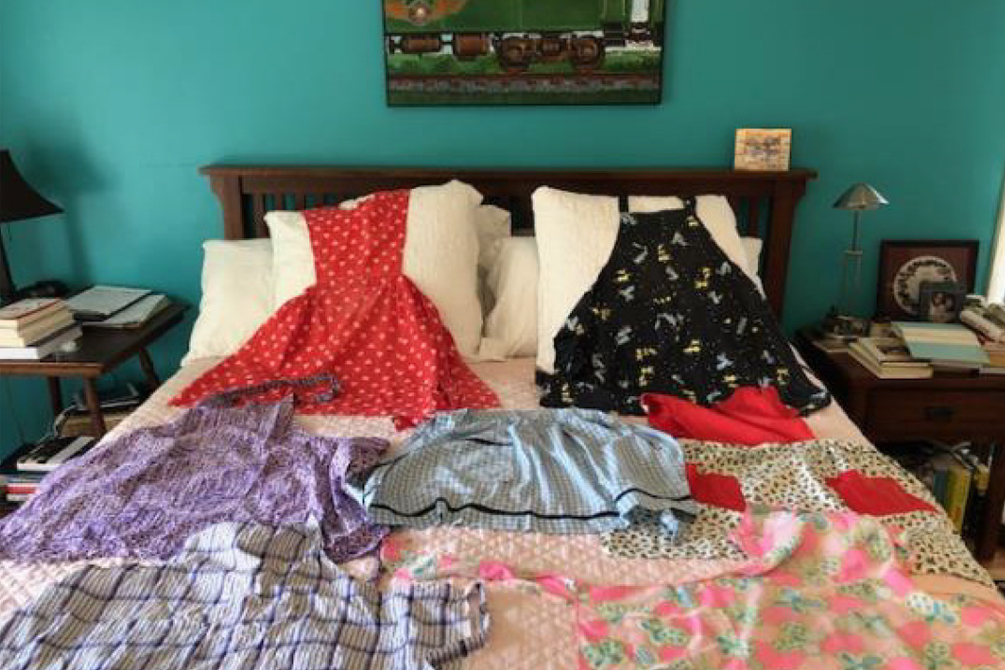 “This is a photo of all of the aprons left that my great-grandmother made,” Deb says. “There are seven in total. The blue and white check one in the middle used to be a dress she wore, but when the material got too thin she turned it into an apron.”

Research was easy for Deb because of her innate curiosity and a love for learning. Writing the book, however, was the real challenge. Even though she’s been a producer for about 30 years, much of her work has been as what is called a “non-writing” executive producer. She helps other writers develop their ideas, sell them, and then develop the ideas and produce them. “I’m in essence sort of the midwife to other writers,” she says.

About four years ago, Deb found herself in search of something creative to do, something to create that she could call her own. So she wrote a small novella exploring five generations of women from the same Southern family, and wrote a story for each generation and time period. After receiving positive responses from literary journals, Deb consulted various experts, like Mark Bowden, who wrote Black Hawk Down. She was finally connected with an agent, but it came with a plot twist she didn’t expect.

Deb was told to take the first short story in her novella and turn it into a novel.

“At which point, I hung up the phone and cried on the couch for two straight weeks like somebody shot my mother.”

When she pulled herself together weeks later, Deb convinced herself to simply write. Badly. “I thought, OK, if I can just write for one hour a day and give myself permission to fail, then maybe I can get through this,” she says.

And that’s what Deb did. One hour turned into two hours, which turned to three hours. Despite doubting herself and believing her agent had buyer’s remorse, Deb had a draft five months later, and within a year, she sent it out to the market where five major publishing companies bid on it. Soon enough, HarperCollins Park Row would publish her first-ever novel.

“And that’s how it all happened.”

A Southern Gothic adventure, Call Your Daughter Home centers around three  women each battling to overcome different obstacles in their troubled city of Branchville. Through their personal journeys, Annie, Retta, and Gertrude discover the bond of motherhood, which ultimately unites them.

Deb says these women reflect the motherhood and community she wanted to explore. She says as she was writing the book, the women would speak to her, which helped her determine what commonalities and differences she shared with them.

Still, there is no greater woman Deb has connected with more than her grandmother: the woman who raised each of her children and grandchildren “like crops” and who she considers her role model.

“There was no flowery language, but I knew I was loved and cared for. I felt safe with her,” Deb says. “I would give anything to know what she thought [of the book], but I’d like to think she’d be happy with it.

P.S. How Louisville gave this woman and her family a new opportunity.