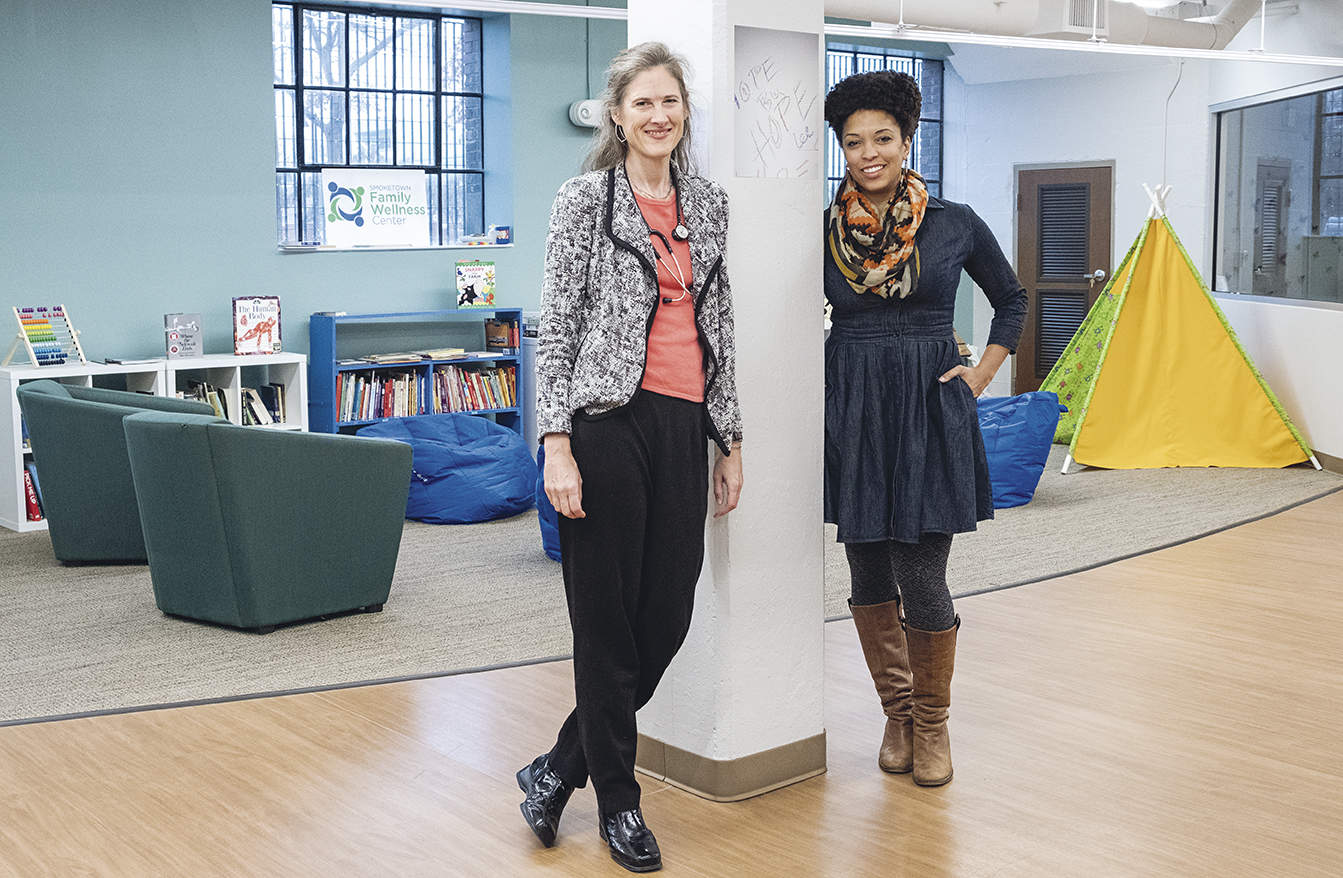 As we embark on the season of gift giving and receiving, let’s take a moment to appreciate some of the community-wide gifts that benefit residents of Louisville and Southern Indiana. If you haven’t appreciated these gifts as much as you could have, now is the time.

Smoketown Family Wellness Center is, at its core, a full spectrum, evidence-based pediatric clinic, according to founder Dr. Charlotte Gay Stites. While it celebrated its official grand opening in March of this year, Dr. Stites and Dr. Michael Bricken began seeing patients in June and are working to slowly increase the support the clinic offers Smoketown families.

Kish Cumi, the center’s executive director, says the wellness center was created because “a child born in Smoketown has an expected 10-12 years stripped away from their lives based on where they live.” A lack of economic growth, healthy food options, and transportation access are just some of the reasons for this life expectancy gap. “I believe fundamentally that all parents want what is best for their children, but some parents have more resources,” Dr. Stites says. The Smoketown Family Wellness Center is hoping to bridge the gap between resources and healthy life outcomes.

The center has been able to offer a number of classes, including a cooking class that is so popular it has a waitlist. Tutoring, yoga, and music classes have been offered in what might be considered the center’s test phase of offerings. While it is not a community center, the staff at Smoketown Family Wellness Center realizes that health is not just bodily health, but includes the mind and spirit. “If it benefits the children and families we serve, we are interested in providing it,” Cumi says.

The Smoketown Family Wellness Center has many goals, but Dr. Stites says, “Our ultimate goal is to add 10 years of life to Smoketown kids.” Cumi hopes the center helps Smoketown as a whole regain its legacy of richness. “Smoketown is Louisville’s first primarily black neighborhood, and it was established with tremendous pride and respect for a healthy community,” she says. The Smoketown Family Wellness Center hopes to foster that pride and respect in the coming years.