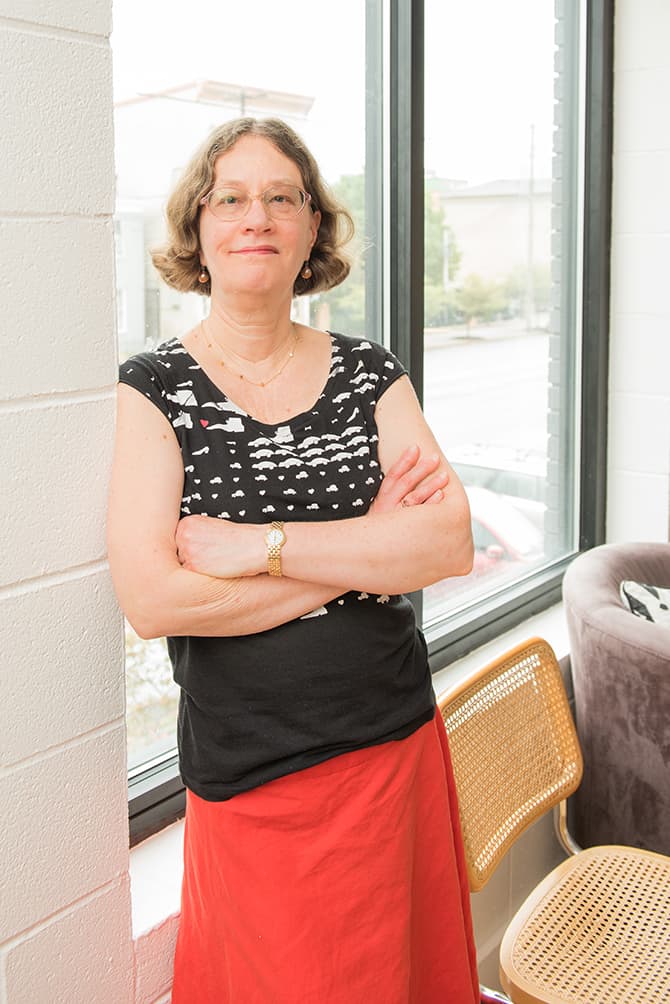 You might think her nose would be in a book most hours of the day, but this author and publisher surprisingly admits she has little time for books in her free time.

Meet Sarah. In 1994, Sarah Gorham founded a local independent publishing company, Sarabande Books, with her husband, Jeffrey Skinner. She serves as Sarabande’s president and editor-in-chief and is also an author herself – with four books of poetry and two collections of essays published. If reading and editing is her full-time job, what media consumes her off hours? 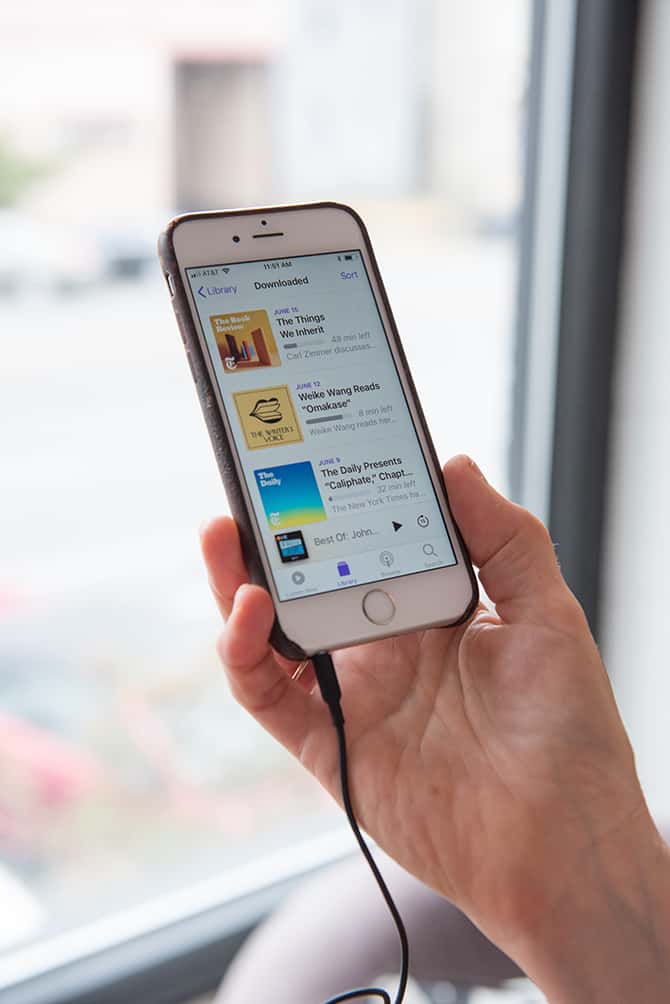 Odd as it sounds, Sarah doesn’t have a lot of time to read. “I don’t have the chance to do the deep reading I used to after college,” Sarah says. “Podcasts are something I can do while I’m doing something else.”

While Sarah takes a two-mile walk, she exercises her mind with podcasts from The New Yorker including its Fiction Podcast to listen to a story and The Writer’s Voice, which includes an interview with the author. “It’s soothing to be read to,” says Sarah, who uses the material to stoke the fire for her own writing.

As for music, Sarah’s father was a classical music buff. “We always had classical music in our home,” Sarah says, and she fell in love with Mozart’s works as a child. “It’s just beautiful, gorgeous music. Mozart was such a genius – you can listen to piano concertos, full-fledged operas, and symphonies.”

Since classical music reigned over the sound waves in Sarah’s childhood home, pop music was foreign to her. When Sarah met Jeffrey, her husband, he introduced her to nightclub singers such as Glenn Miller, Frank Sinatra, and Dean Martin. “I got hooked by that stuff,”   says Sarah, who now feasts her ears on ’50s jazz female singers such as Ella Fitzgerald and Jeri Southern. Being a child of the ’60s and ’70s, Sarah is also a fan of that era’s rock ‘n’ roll.

When it comes to current music, Sarah likes Phosphorescent and a band her daughter, Bonnie introduced – Of Monsters and Men. “I have eclectic tastes in music,” Sarah says.

When Sarah does have time to read, she’s researching material that influences her essays. She’s currently working on a project called Funeral Playlists. “I’m selecting 12 to 15 songs I want played at my funeral.” They range all over the place, from an Italian 15th century music piece to Dancing on the Ceiling by Frank Sinatra.

She is reading books authored by C.S. Lewis, Emanuel Swedenborg (specifically to get his ideas on heaven and hell), and William James (regarding his thoughts on immortality). “They trigger ideas about the afterlife. I’m reading to support that and give me ideas,” Sarah says. She often reads in bed at night or in her office very early in the morning.

Sarah subscribes to The New Yorker, The Atlantic, Real Simple, and Martha Stewart Living in addition to her research-based reading. 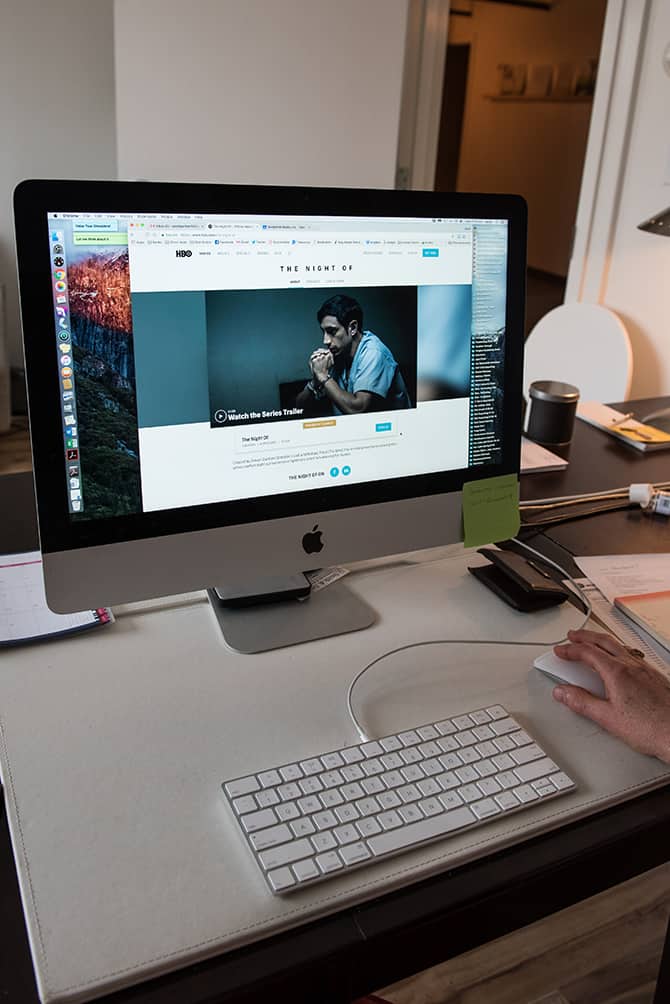 Sarah and Jeffrey are fans of drama series to relax in the evenings and weekends.

The Night Of is about an immigrant family in New York. The son gets caught up in something that wasn’t his fault, which changes him drastically.

The Leftovers, which has three seasons, is about a community where two percent of the population suddenly disappears. “The kids are just gone, and the people left back on earth are trying to put life back together,” Sarah says.

The couple is four episodes into Patrick Melrose, which stars Benedict Cumberbatch. The series is based on novels by the British writer Edward St Aubyn. “It’s heavy going,” Sarah says. “A man that was abused sexually by his father became a terrible addict. It’s really intense.” The first episode is an example of what the main character’s life was like on heroin. “Benedict Cumberbatch is a superb actor, but it’s hard to watch,” Sarah says. “It’s funny, but it’s terrible.” While Sarah wouldn’t recommend it, she does say it’s beautifully performed. 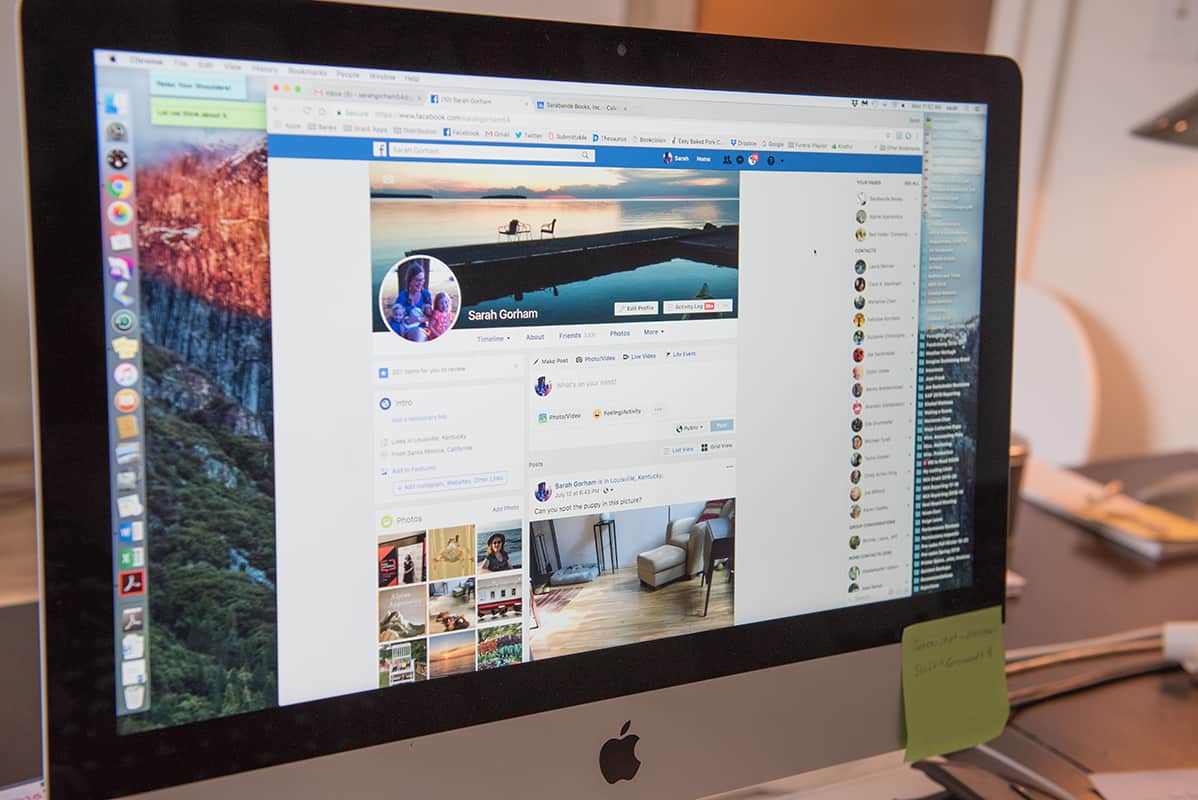 Who are you following?

“I don’t do Twitter. I don’t do Instagram,” Sarah says. “On Facebook, I’ve got 5,000 friends and that’s because I’m a publisher.” Most of her Facebook friends belong to the publishing industry and many are writers. On Facebook she stays abreast of the news, connects with high school friends, and follows her two daughters. “I find out more about my daughters on Facebook than I do in person,” Sarah says.