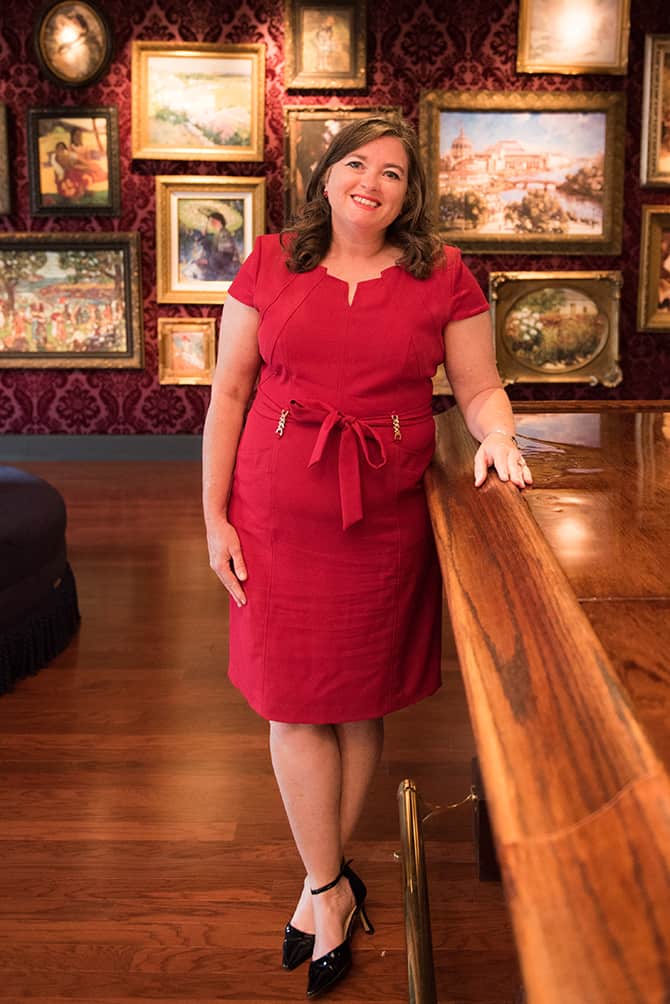 Penelope Peavler is a Kentucky girl through and through. She is an eighth generation Kentuckian born and raised in Frankfort, Kentucky.

“In this state we have a lot of pride in what we make, and I think at my very nature, everything I have trained for is to bring those great Kentucky stories forward,” Penelope says.

She is currently the president and CEO of the Frazier History Museum, where she was hired to implement a project dedicated to showcasing Kentucky’s heritage. In August 2018, the Frazier Museum will launch its Kentucky Bourbon Trail Welcome Center & Spirit of Kentucky Exhibit.

“The Frazier Museum is in the process of becoming the official start of the Kentucky Bourbon Trail,” Penelope says. “We are building a new $4 million exhibit about the culture and history of bourbon and why Kentucky is the one true home of bourbon.”

Penelope began her career in project management as an intern in the management training program at Walt Disney World. From there, she was recruited to work for Ed Hart at Kentucky Kingdom in helping launch Kentucky Kingdom  amusement park. In addition, she worked for the Speed Art Museum in the late ’90s, where she helped implement the 20-year master plan, which ultimately led to the renovated facility it has today.

“What we learned at Disney is that there are a million things that make up a guest’s experience, and those are all important. Managing details is all project management is — it’s getting the correct number of balls in the air and tracking those projects through to completion.”

Penelope has been married to her husband, Charlie Grass, for nearly 25 years. They have two daughters, Elizabeth Scout (Scout for short), a senior, and Isabel, a freshman, at Manual High School.

The seven things Penelope can’t live without reflect the  work she has done throughout her career, the people she cares about most, and her passion for the great state of Kentucky. 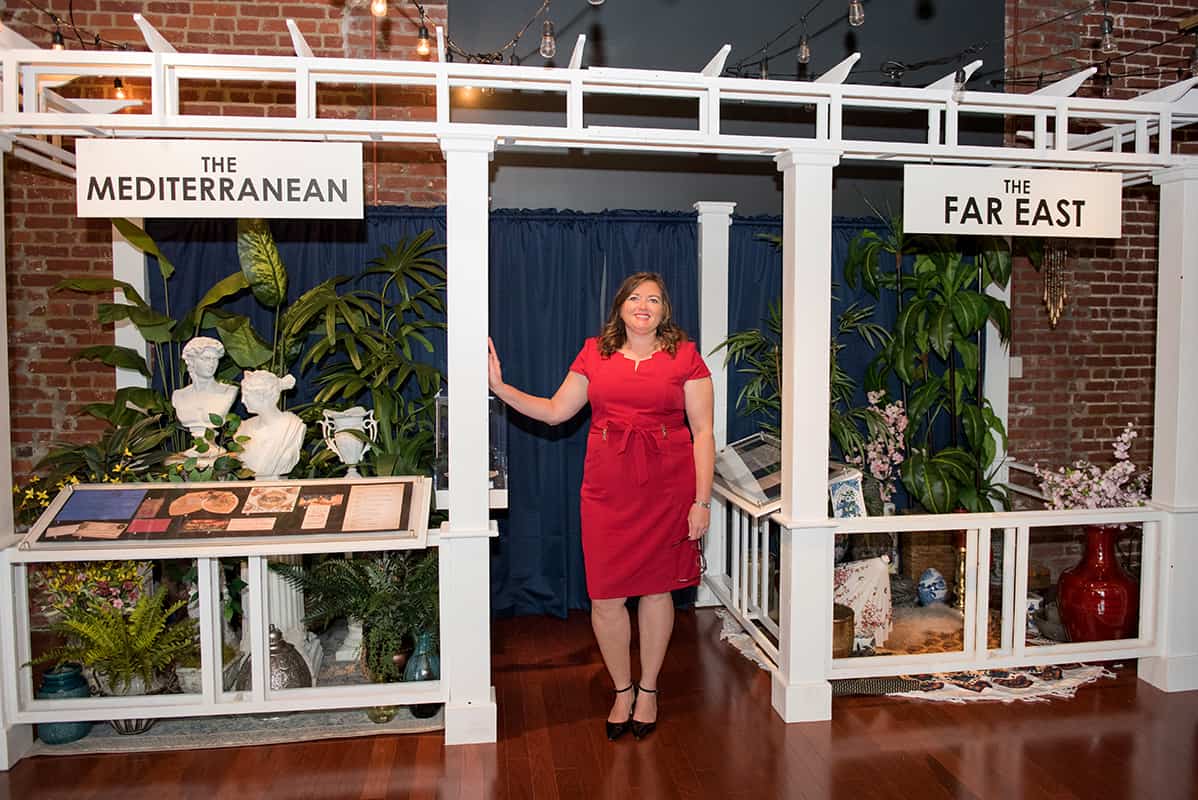 Penelope has a core group of people who help her manage her daily tasks. Her husband, daughters, mother, sister, work staff, and  the “Carpool Mafia,” a group of women she became close friends with after meeting in the carpool line at Virginia Chance School, are the key players in her everyday life.

“When I came to Louisville to work for Ed Hart on the Kentucky Kingdom project, he called me the velociraptor, and that’s kind of a nickname that stuck with me. Other people have called me a whirling dervish…I need a great team to help me keep moving, and I think velociraptors are dinosaurs that are singularly focused and will stop at nothing to have success at their task, and that’s why I need my wranglers.”

Twelve years ago a group of people from Beargrass Christian Church founded the St. Matthews Farmers Market as a way to build community. Now the market has over 2,000 visitors per week and over 70 participating farmers.

“It’s an integral part of who I am. I’m there every Saturday. I volunteer and do all of the communications for the market. This year I’m helping Garey Farms from Paris, Kentucky, to cook eggs and make fresh breakfast sandwiches. It’s my sense of community, it’s my downtime. I see so many people that I know. It’s a great way to relax and be a part of my community. I love market season!”

Because of Penelope’s busy schedule, she utilizes the talk-to-text feature on her phone and iPad on a regular basis to take notes and send messages to her team. Unfortunately, technology does not always work in her favor.

“Of course, we all know what can happen when you dictate into your phone — really funny things can come out and sometimes things that you don’t intend to say. One of those that’s really kind of embarrassing and hilarious is when I was sending a text to a close friend and I meant to say, ‘I really need to have a phone call,’ but what I actually said was, ‘I really need to have a tongue call!’”

Penelope spends a lot of her free time at the Parklands of Floyds Fork and on Elkhorn Creek in Frankfort, Kentucky, where she grew up.

“My friend Jon Carloftis, a garden designer from Lexington, says there’s really no substitute for getting out in nature, being in the midst of something green, and just taking a minute to appreciate the beauty of nature and fresh flowers.There’s something about gardens and nature that provide light to the soul, and I think when you’re a garden person you have to have light, so getting outside for me is all about getting out and walking in the sunlight. That has to be a part of my week.”

“I love eating, I love good food, and my mother makes the world’s best Benedictine. I convinced her to sell it in retirement at the farmer’s market and it’s called Church Lady Cheeses because she makes it in the commercial kitchen at the Christian Church in Midway. We always sell out before 10:30am no matter how much we make. It’s a staple of any Kentucky party or hospitality gathering, and it’s always on my table.”

Every year Penelope takes a trip back to where it all began. She developed a deep love and respect for Disney after receiving her Mouster’s Degree in Theme Park Management and to this day, a visit to Disney never disappoints.

“I’m really passionate about Disney customer service and how they manage the details. I think their creativity is unbelievable, and I love visiting Walt Disney World as a guest.”

As a freshman in college, her father commissioned a local artist to create a metal sculpture of a kite, something she says is one of her prized possessions. About 10 years ago, as her love of original art grew, she decided to sell any art in her home that was not original and began only purchasing from local galleries and artists. Penelope extends her love for the arts into the community as the co-chair of Imagine 2020, a five-year plan for how the arts can help move our community forward.

“When I was traveling for work in New York, Hamilton had just come out and I wanted to see it so badly, but I couldn’t get a ticket. I was there alone, so I stood outside the theatre and I waited until people were coming out during intermission and asked if I could have their ticket. Finally, someone said yes, and so I went in and saw the second half of the show. So, I’m passionate about the arts, but I’m also relentless about the arts!”